Scheherazade Foundation’s mission is to serve children from all backgrounds irrespective of their race, religion or gender through building enduring partnerships with the government, the corporate sector and civil society. Scheherazade endeavors to improve healthcare, promote life saving advancements and sponsor protection of children, and is of the belief that true success comes through sharing of ideas, aspirations, convictions, and problems. Scheherazade, through its power of passion and an unwavering commitment, envisions to leave in our wake thousands of children, healthy, strong and free of any curable disease.

Message from the President 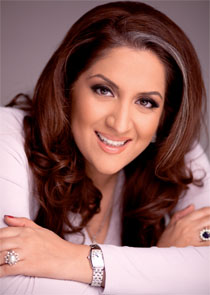 It is with great pleasure that I look back at 2010 and most of 2011 and recall its main achievements as well as the various new initiatives that we started in this period, which led to the expansion of our scope of activities in many ways.

First and foremost, I would like to inform all our donors and well-wishers that we officially completed the renovation of the Marie Curie Children’s Hospital in Bucharest. My initial words are indeed to express my profound gratitude to all those who provided with donations and assistance in making this important task a reality. In 2010, the hospital received 180,000 children from all over Romania for treatment.

Furthermore, the Foundation was nominated by the Ministry of Foreign Affairs of Romania as the civil society partner for the United Nations Alliance of Civilizations. The United Nations Alliance of Civilizations (UNAOC) is an initiative of the UN Secretary-General, which aims to improve understanding and cooperative relations among nations and peoples across cultures and religions. The Alliance was established in 2005, at the initiative of the Governments of Spain and Turkey, under the auspices of the United Nations. In April 2007, the United Nations Secretary-General appointed Jorge Sampaio, former President of Portugal, as High Representative for the Alliance. A Group of Friends – a community of over 101 member countries and international organizations and bodies, supports the UNAOC. There were a series of events that were organized by various partners and contributors in the last two years to emphasize the importance of this initiative. I have added some photos and brief notes in this report to highlight the importance of this initiative and the underlying concept of “DIVERSITY”.

Apart from this new initiative, one of our main priorities in the past three years has been seminars and trainings in the field of Juvenile Justice which was funded by the Hague Human Rights Fund through the Royal Embassy of Netherlands in Romania. The Ministry of Justice has been the main driving force for this initiative.

Finally, the Foundation together with Accreo Romania has taken the initiative of structuring an interdisciplinary work group with both private and public sector, which aims at putting together a clear approach to financing the healthcare system in the Next Financial Perspective (e.g. via EU structural funds). The working group will focus on delivering a development agenda for the next financial perspective 2014 – 2020, which would have a direct impact on incorporating this approach into the future development framework of Romania for medium term. The group will identify the concrete needs of the system in order to be able to provide public/private services in accordance with an accepted quality standard. The Romanian Presidency, Prime Minister’s Office, the Ministry of Health and the Ministry of European Affairs approve this initiative. It will help Romania, as a country, to mobilize the capital needed to meet the development priorities.

Last but not least, I want to express my gratitude to the Romanian Presidency for extending their patronage to the Foundation to promote the Renovation of the Sf. Maria Children’s hospital. I would like to thank all our donors, supporters, well-wishers for providing us with their financial and moral support to fulfill Scheherazade Foundation’s mission. 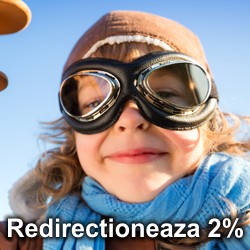